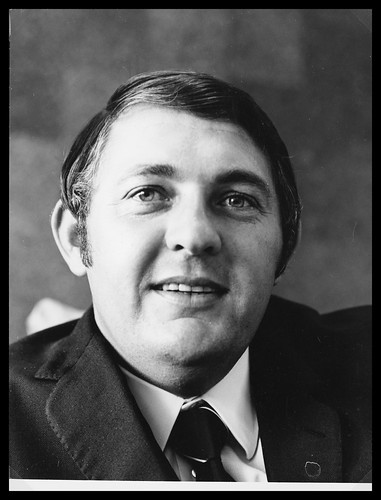 Alan Bond was born in London and immigrated to Australia with his parents in 1950. Beginning his career as a signwriter, he formed Bond Corporation in 1959 and made his fortune as a property developer. In 1974 he financed the first of four challenges by the Royal Perth Yacht Club for the prestigious America’s Cup. After mounting a second challenge in 1977 he was named Australian of the Year by the Canberra Australia Day Council. Bond’s syndicate made history at its fourth attempt, when Australia II won the coveted trophy and wrested it from America for the first time. Alan Bond’s subsequent career was turbulent and controversial.

In 1987 he paid Kerry Packer $1 billion for the Channel Nine television network, but later sold it back for a quarter of that price as his business empire collapsed. Bond was declared bankrupt in 1992 and was later sentenced to seven years in prison for fraud.