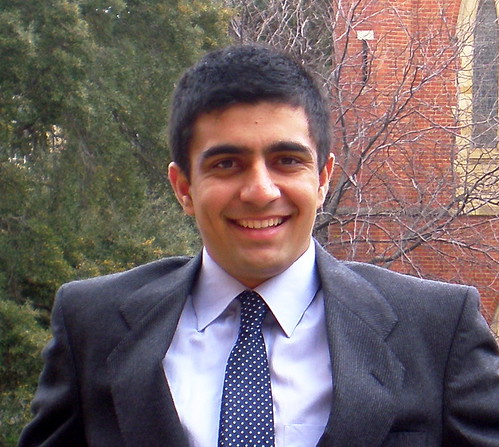 Akram Azimi is a dedicated mentor to young Indigenous people.  Arriving in Australia 13 years ago from Afghanistan he went from being ‘an ostracised refugee kid with no prospects’ to becoming his school's head boy. An outstanding student, he topped the tertiary entrance exam scores among his classmates. He's now studying a triple major – law, science and arts – at the University of Western Australia. Intent on giving back to his adopted country, Akram uses his leadership and pastoral skills to help young people in remote and rural Western Australia.  In 2011 he co-founded a student-run initiative I am the other set up to raise awareness about Indigenous issues in universities. His philanthropic roles have included working with True Blue Dreaming, which helps disadvantaged remote Indigenous communities. For three years, Akram mentored young Indigenous people in the Looma community in the Kimberley region, and he has mentored primary school students in the small farming community of Wyalkatchem, in WA’s wheat belt. Akram is also mentoring a Special Olympics athlete to help raise community awareness of disability issues.