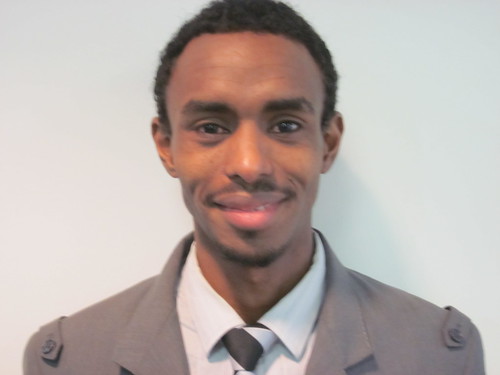 Despite enduring the challenges of living in a refugee camp as a young boy, Ahmed Dini, still only 24, has become a leader in Australia’s Somali community.  He has galvanised Somali migrants through events and initiatives that provide significant support to Somali families and has become a strong voice and influential advocate for his community. Ahmed was ten years old when he arrived in Australia and since finishing school has spearheaded the creation of the Australian Somali Football Association (ASFA) to promote sport, mentor under-privileged young people and to create a more cohesive Somali community. Through his vision, the Australian Somali football championships have become the largest sporting event ever undertaken by the Somali/Horn of Africa community in Australia, with more than 4,500 people attending. As event manager, Ahmed is inspirational, leading the 10-person committee, 21 sponsor partners, 80 volunteers, 16 coaches and managers and 180 players. The success of the event prompted the Football Federation Victoria to incorporate the championships into its ‘United through Football’ program. Ahmed is also a Project Ambassador for the Sustainable Employment and Economic Development (SEED) program that assists young people with job placements in the City of Moonee Valley.